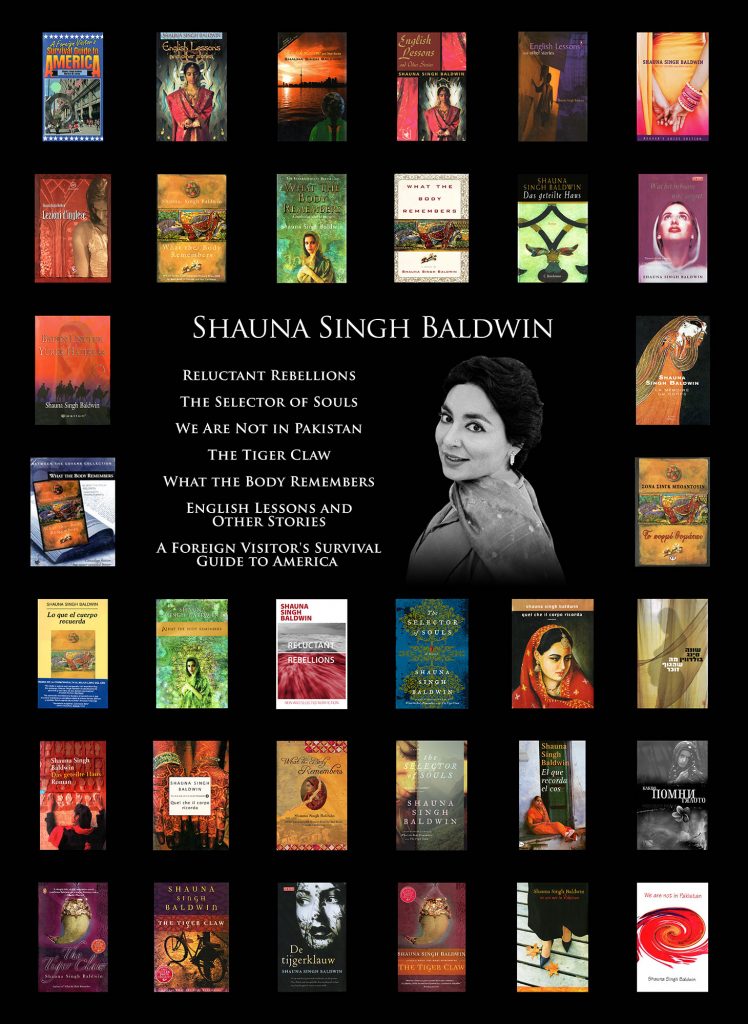 Since then, Shauna has written three novels published by Knopf Canada: the best-selling What the Body Remembers, which won the Commonwealth Writer’s Prize (Canada and Caribbean); The Tiger Claw, a finalist for the Giller Prize. The Tiger Claw was optioned for film. And The Selector of Souls, which received the 2012 Council for Wisconsin Writers Fiction prize.

A second collection of stories We Are Not in Pakistan was published in 2007. Shauna is also the coauthor of A Foreign Visitor’s Survival Guide to America.

In 2016, her play We Are So Different Now was staged in Toronto by Sawitri Theatre Group. Her seventh book Reluctant Rebellions: New and Selected Non-fiction was published in 2016. In 2019, she was honored by the South Asian Literary Association with their 2018 Distinguished Achievement Award.

Shauna’s fiction, poems, and essays have been published in literary and popular magazines, anthologies, and newspapers. Her work has been translated into fourteen languages. Born in Montreal, Shauna Singh Baldwin holds an undergraduate degree from Delhi University, an MBA from Marquette University, and an MFA from the University of British Columbia. She is currently working on another novel. 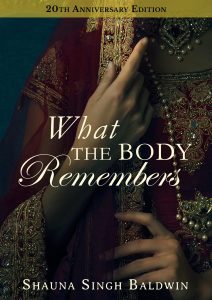 What the Body Remembers has been published in a 20th Anniversary edition
by Tara Press, Delhi.

Raaja Bhasin marked its publication with a review in The Tribune.
Oindrila Mukherjee revisited the novel with this review and interview in Scroll.in